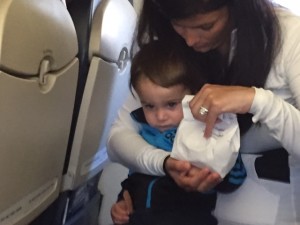 This is a snapshot of my toddler boy, in a rare moment of silence, while I iced an unknown pain in his hand and arm.

It all began in the wee hours after my first Mother’s Day with my two boys.  Our family was set to board a 6:45 am flight to St. Thomas when something felt off.  ‘Grandma’ boarded the plane with my 3-month-old son while I waited behind at gate check-in for Rick, who was with Jack (25 months old).  Time kept ticking by and there was no sign of them.  Finally, the mama bear in me sent me off marching around the gate area until I heard Jack’s piercing ‘hurt’ cry.  As parents, we recognize this sound immediately.

I asked what was wrong and Rick wasn’t sure — all he knew was that he heard a popping sound when picking Jack up to get ontot he plane.

Initially, we boarded the flight and asked for some ice.  But as minutes went by I started getting nervous that something more severe was wrong.  Was taking flight to an Island a smart idea?  What if something was broken and we had to get it fixed in the US Virgin Islands? 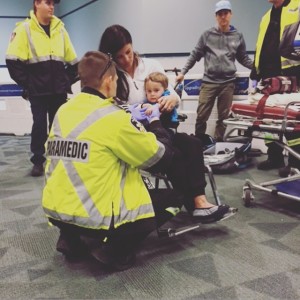 The airline called paramedics who arrived at the plane to assess Jack.  In the end, we had to deplane and our bags were pulled off the flight.  We took Jack to the ER where a doctor determined the pain was from a slipped ligament in his arm (which is very common with kids).  As soon as everything was back in place, Jack felt fine and the swelling disappeared.

In the end, this resulted in a one-day delay in our travels.  It’s just a reminder of how patient and flexible we need to be while traveling.  It took quite a few calls to rearrange car services, make new plane reservations and let the hotel know that we wouldn’t be arriving for another day. 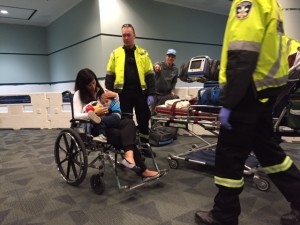 There’s never a dull moment when traveling with kids, that’s for sure. 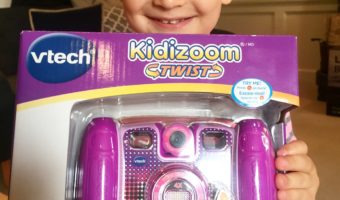