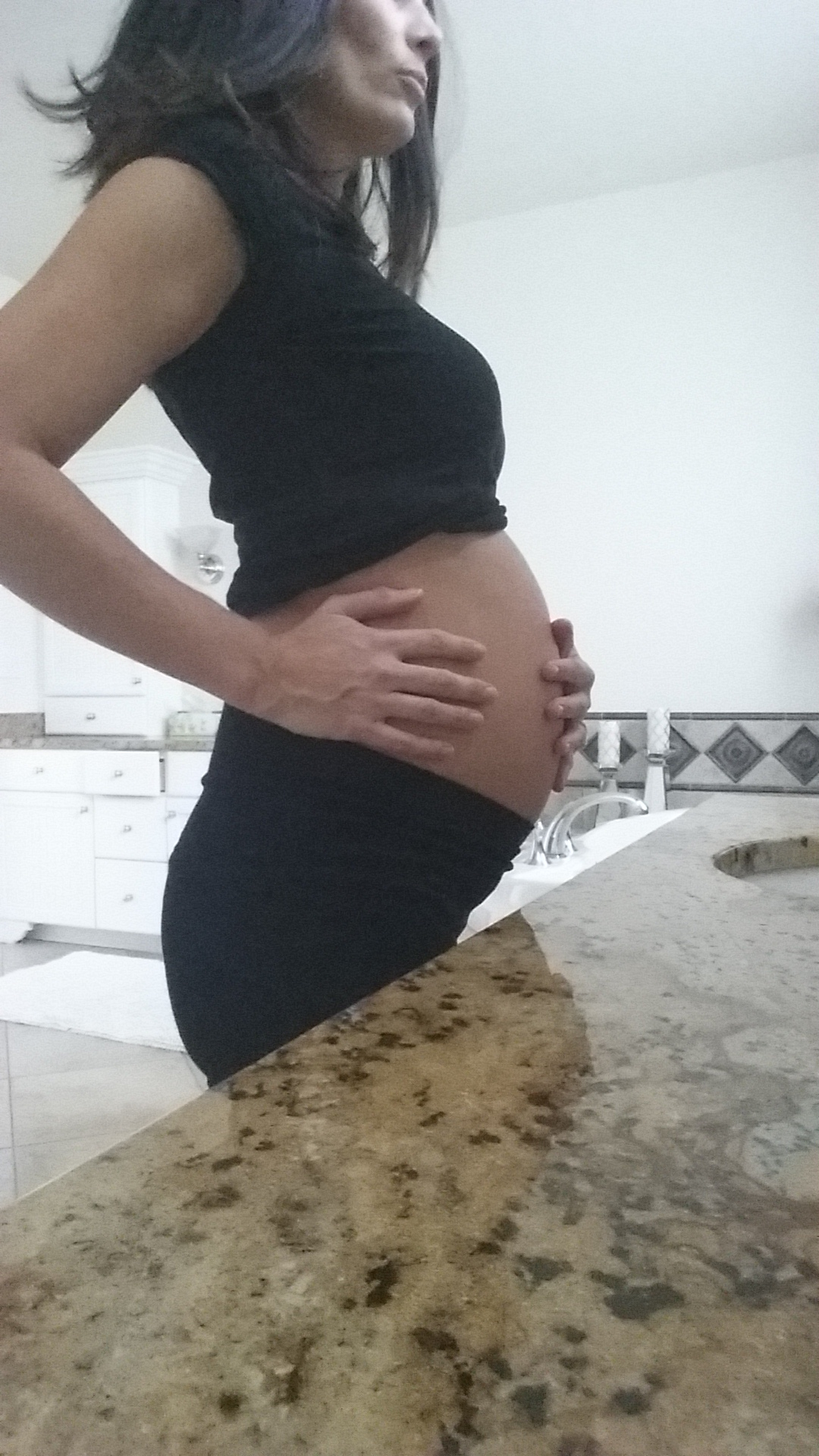 You’ve heard all of the wives’ tales when it comes to conceiving a baby: eating lots of yogurt increases your chances of having a girl; severe morning sickness and bad acne means you’re going to have a girl; carrying the baby neat means it’ll be a boy; you ovulate on the same day each month so aim for that eight-14 day window, each month and so on and so on.

Over the years more and more myths and messages have emerged surrounding conception, which makes it hard for couples to decipher between fact and fiction. I definitely used a lot of Dr. Google when I first thought about parenthood and could never figure out what was true and what wasn’t.

MY JOURNEY TO CONCEIVE!

When I started thinking about the whole idea of getting pregnant everything felt complicated and overwhelming. I’ll never forget that moment when a colleague was chatting about pregnancy and said; “you know, you only have ten to twelve chances per year to conceive.”

When the numbers were laid out like that, pregnancy sounded like such a minute possibility. TWELVE chances? And as each month passed by, that was another opportunity gone by. All of a sudden I felt the pressure of that ticking maternal clock.

Age really factored into it all for me too. I didn’t get married until I was 32 years old and many people pointed out that it can be harder to get pregnant as you get older. So, I then had in my head that a normally fertile young woman likely has those aforementioned twelve chances, but I thought I needed to subtract a few chances due to my age, thereby shrinking that conception window even more. A lot of women I know use First Response Ovulation kits to track their personal timeline. Had we not become pregnant soon after marriage, we would have used one too. 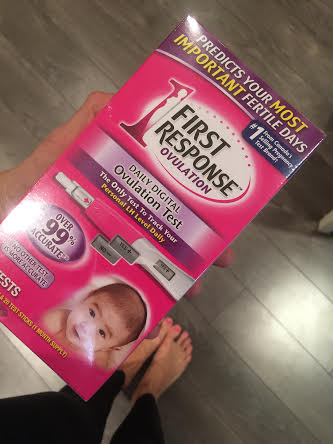 When trying to get pregnant, an ovulation test helps determine your own body’s best time to conceive (since many women I know talk about their changing cycles). The First Response advanced digital kit actually uses clear digital words (yes and no), on a small screen, to indicate when your body is ready.

My best friend has been using it for months now and apparently some months you don’t even ovulate. The female body is a mysterious and magical creation so it’s quite a medical advancement that we now have such telling products available to us.

I never had any of those telltale pregnancy symptoms (aching, growing breasts, feeling over tired) in the first couple of months. And although we were hoping to have a baby, we hadn’t actively tried (using any ovulation kits, calculators etc). The most memorable pregnancy test for me actually occurred between my two babies. My first son was 15 months old and I still hadn’t had a period. So I had no bearings in terms of ovulation. A friend of mine suggested trying a pregnancy test – just in case. I was in the States at the time, alone with my first son, when I picked up a First Response Early Results Pregnancy Test (when I’m traveling I’m reassured by brands I know and trust at home in Canada). I prefer this test because it’s easy to read and lets you know up to six days sooner than your missed period – so technically you can find out as soon as possible. I’ll never forget how shocked I was when it came out positive. 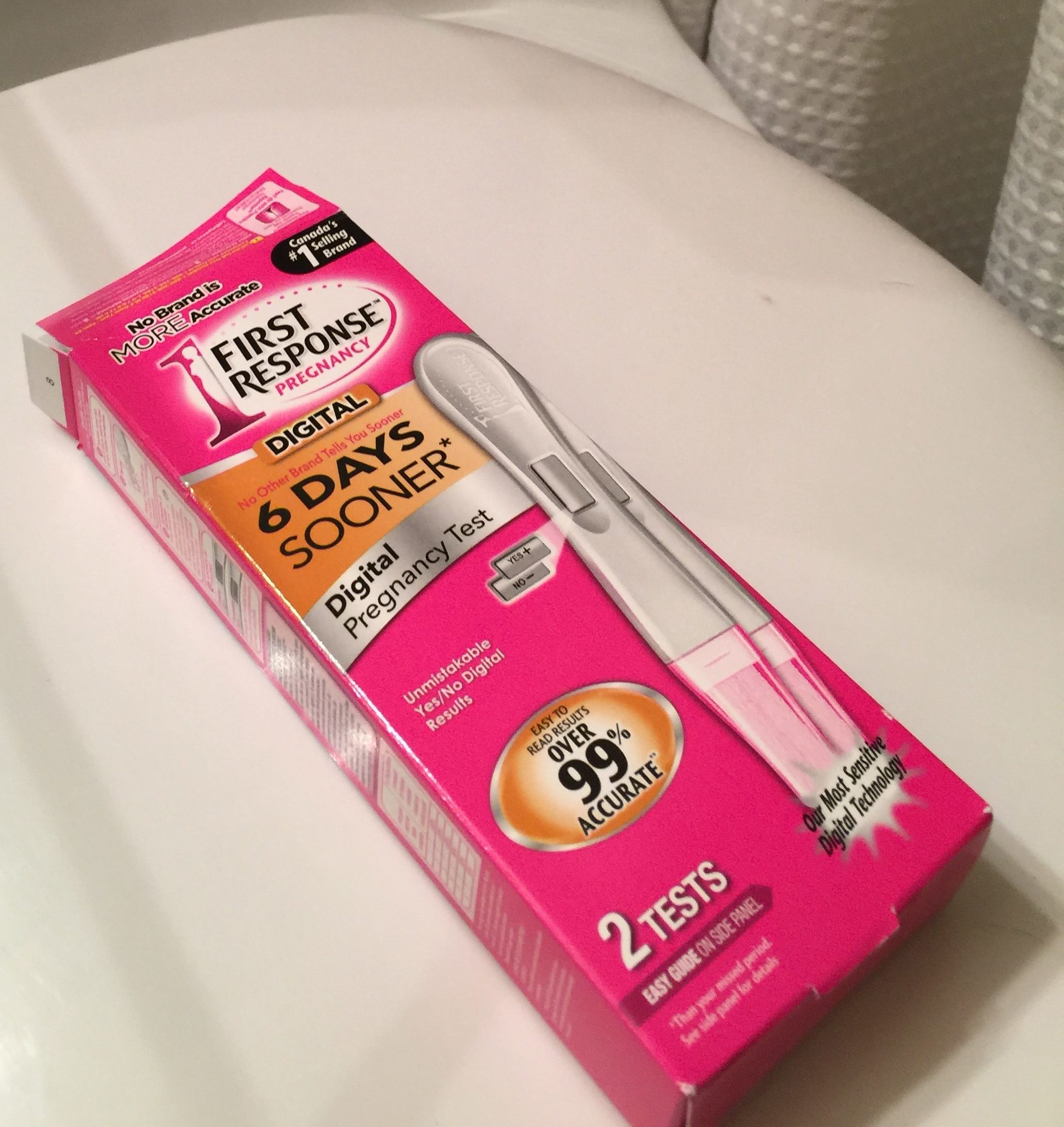 Even though I knew we wanted another baby, I definitely felt some serious mixed emotions. How could I ever love my second the same as my first? Was I prepared to parent multiple little ones? Were they going to be too close in age (23 months apart)? It was hard to feel excited when all of the fear took over. 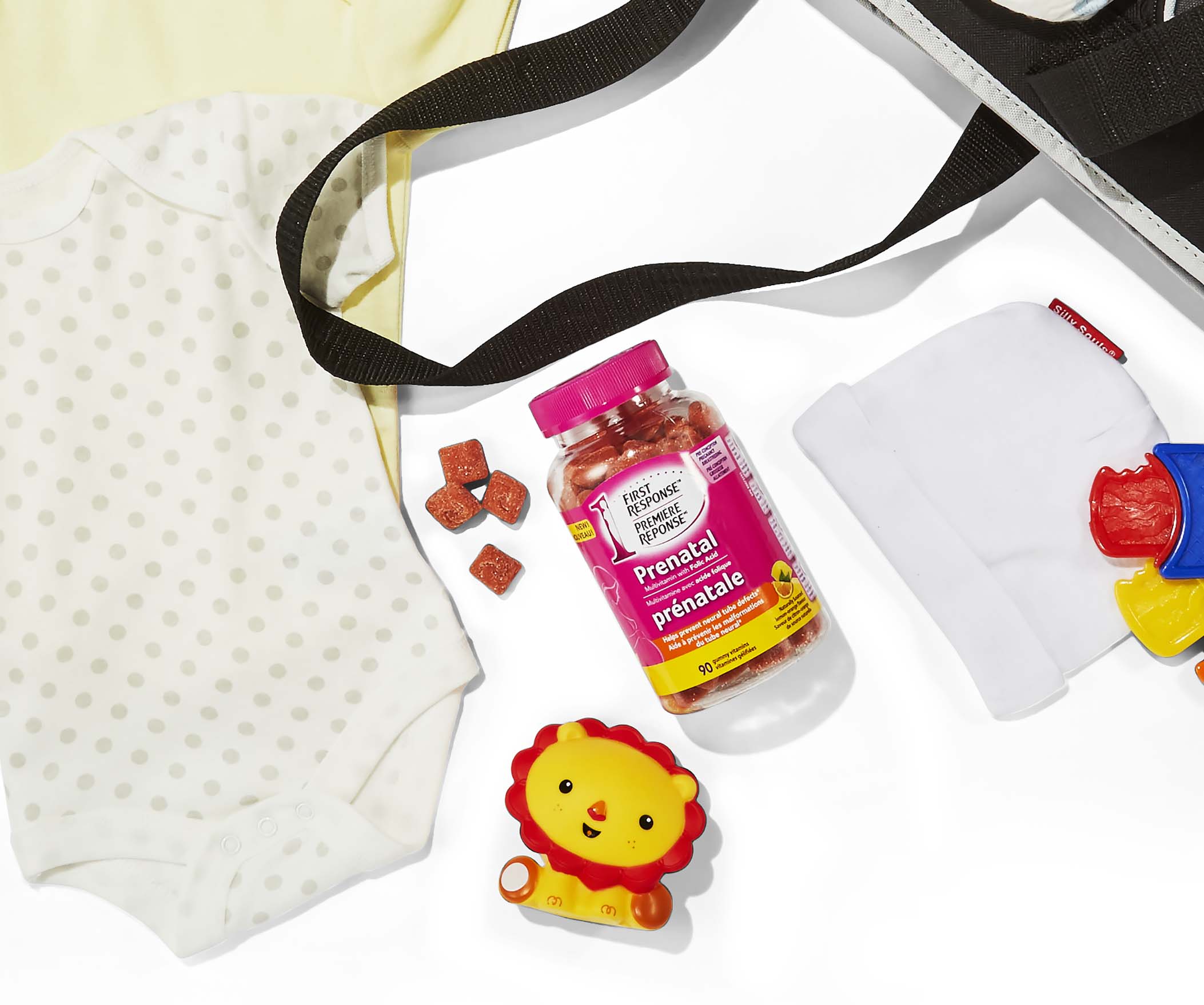 I didn’t know that women are actually pregnant for 10 months (or maybe I just never thought about it). Everyone always talks about the nine months of pregnancy, and I remember thinking that dates weren’t making sense to me: how could I be five months pregnant already but not due until March?! But, my doctor told me that it’s actually the end of the ninth month or the start of the tenth month that the baby is considered full term.

Then there’s the illusive morning sickness we all hear so much about (Duchess of Cambridge, Kate Middleton was hospitalized for hers), and let me tell you, it’s not just something that occurs in the first trimester. I experienced it for most of my first pregnancy. Since I was still working fulltime, in television production, I had to find a way to manage it (and my energy) so I began each day with a healthy protein shake and a prenatal vitamin. For other expectant moms currently going through this, there are actually First Response prenatal gummies available now which are much easier to swallow (than a standard large capsule) and help combat the queasy stomach. They’re new to the Canadian Market and I wish they had been around when I was expecting my boys. 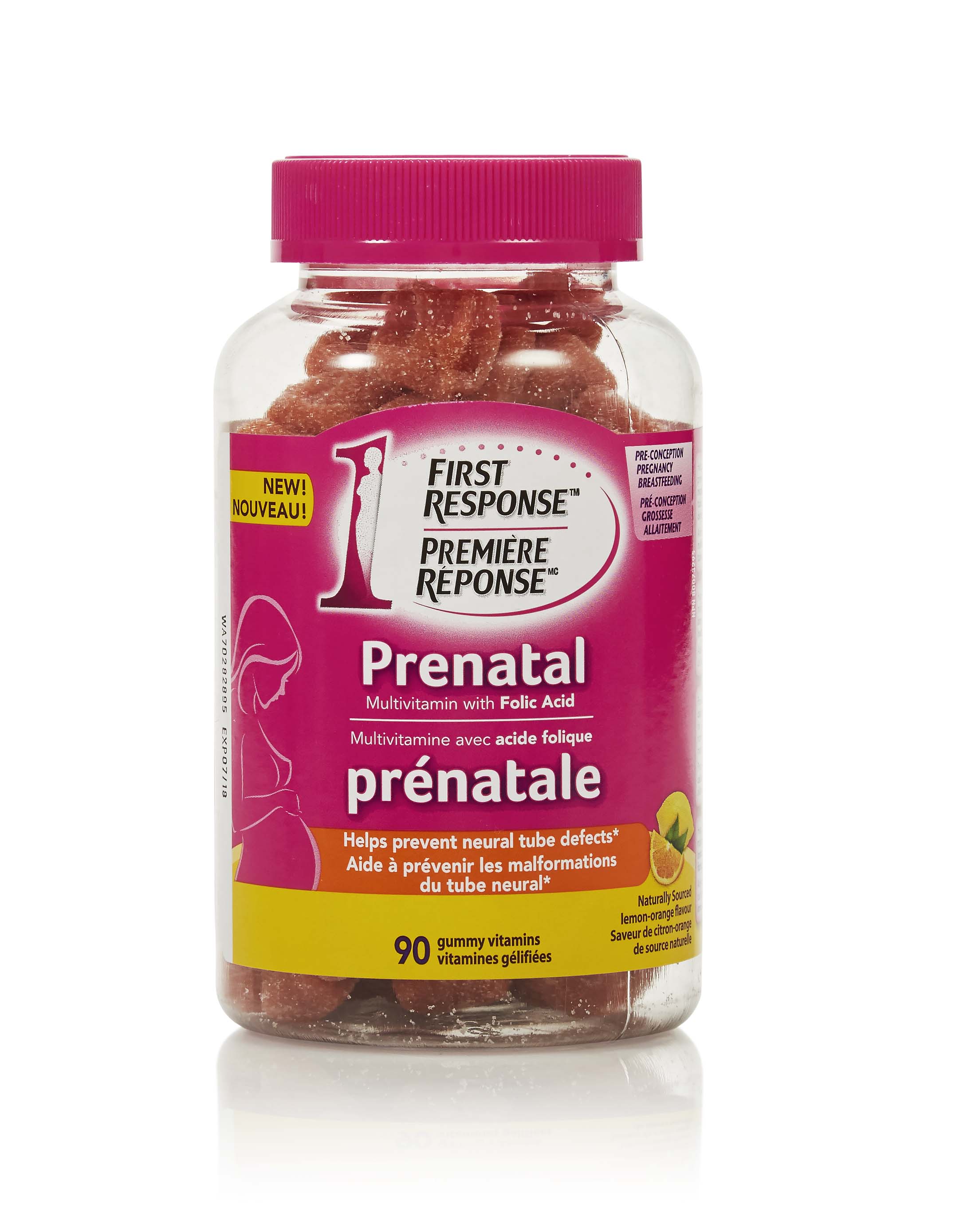 I’m still on the fence about having another child though?! Although, I’ve been told, once you’ve had a second baby, you can handle three or four etc. But maybe that’s just another wives’ tale?! What were your pregnancy misconceptions? Share what surprised you the most, using the hashtag #conceptionmisconceptions, and you could win a $25 gift card toward your own First Response products. 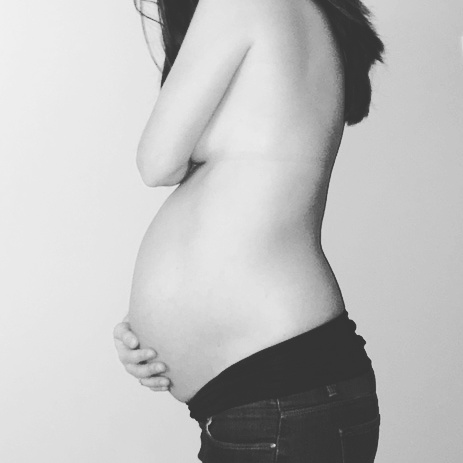 Note: This post is sponsored by First Response #sponsored

Summer Family Fun on a Budget