One of the more common warm vacation destinations, for Canadians, is Mexico (aside from Florida, of course).  But many families are cautious about planning their trips there.

Should you take your kids to Mexico?

In light of the August 15th, 2016 kidnappings of six people at a restaurant (which was supposedly gang related), officials are scrambling to stress the safety of Mexican vacations for tourists and expats.

I’ve received a few press releases outlining the safety measures as well as statistics on occupancy rates in hotels etc.

If you’re thinking about heading to Mexico, or currently have a trip planned, they’re really stressing that this incident was a one-off.

They’re seeing a steady incline in tourists since 2008.  In fact, a recent release says that hotel occupancy rates are the highest they’ve been in the last decade.  More than 80% of rooms are booked up on a regular basis, which is great for their economy which once floundered in the light of many unfortunate incidents (missing tourists, violence and drugs).

What do you think about Mexico?  Will the recent kidnappings give it another travel black mark?  Or, will you be adding it to your black book? 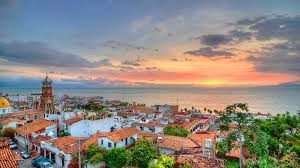 Back to School Shopping The Lazy Way