People often ask us when we prefer to travel with kids and our answer is often the same — in the off-peak seasons.  While we love to head out exploring over the holidays, New Year’s and March Break, when it comes to booking our vacations, we often choose quieter months.

January is a great time to get away with your wee ones (when we say wee we’re referring to those aged 5 years old and younger).

Reasons to travel in January:

(1) The hype of the holiday season comes to a close and most people are back to work and school. If you’ve got little ones, this is a great opportunity to book those flights or train tickets and go on an adventure.  It’s typically much quieter on public transit in January so you can stretch out, relax and take advantage of extra seats. 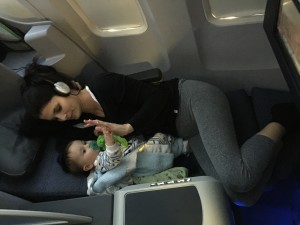 (2) You can get great travel deals because most resorts and hotels are slower from early January into late February (before the March break crowds start rolling in).  Jamaica and the Dominican Republic often have deals going on in the new year.

(3) It’s a great opportunity to head to places with optimal weather this time of year (for example, in the Maldives, temperatures sit in the 20s day/night and January and February are the driest months of the year).  If you do your research, you can get great seat sales to some amazing places. 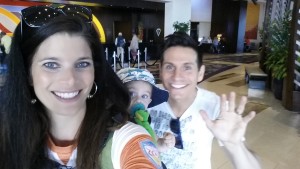 (4) Enjoy winter weather. With most people back to school and work, this is a great month to take the family on a ski trip.  Slopes tend to be quieter and you can get deals on flights and travel packages.  January travel doesn’t have to mean sun — it can just mean fun!  So avoid the Nov-Dec rush and late Feb-March crowds, and head out in January. 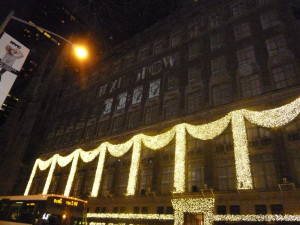 (6) From India to Japan, we’ve tracked down some incredible January seat sales.  We had a family member secure two return tickets to Japan at the end of January for just under $900 CDN each.  If you’re kids are little and fly free, this can be a great time to go to those places that might usually be out of your budget.

(7) January travel is something spectacular to look forward to over the holiday season.  Most people experience some sort of “blahs” when the holidays wrap up and the magic fades for another 12 months.  If your family has a fun adventure planned, your mind can stay focused on something uplifting and exciting (it’s one of the main reasons we got married in January — every year we have our anniversary to look forward to after the holidays wrap up).

Overall, there’s really no bad time to travel.  You can’t go wrong.  But if you’re travelling with little kids, want some extra time and space and don’t want to deal with wild crowds, a new year vacation might be just what you need.