Summer movies garner a lot of buzz — especially among families who now have time in their schedules to enjoy the big screen.

We previewed Hotel Transylvania 3 to see what all of the excitement was about.  The movie opens in theatres, in Canada, on July 13th (today!!) 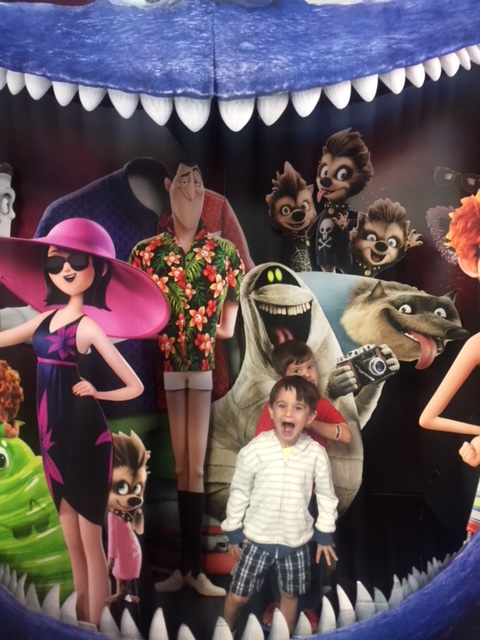 This was technically the first official big screen movie that Jack has seen.  We’ve gone to TIFF movies during March Break, but we haven’t yet tried the blockbuster type theatre yet.

We went on a Sunday morning, which was nice timing.  Young kids tend to be less tired earlier in the day so there’s less of a chance of a tantrum.

As soon as the movie started, the first thing that surprised him was the sound.  We’re used to the volume of the TV at home, which is never really loud, so he had a tough time adjusting to the LOUD sound system.

The movie is cute, with a star-studded voice-over cast.  I had fun picking out who was whom in terms of the celebrity voices.  As usual, there are the fun adult jokes and innuendos that help parents and care-givers enjoy animated films.  I really enjoyed the hour of it that I saw…

You see, Jack lasted about an hour.  There were a few monsters that scared him too much (the old man in the bottom of the cruise ship was the worst for him).  So, I kept covering his eyes and ears during those “scary” moments.  He could only tolerate so much of it before asking to go home.  I think he was just a bit too young.  Either that, or he’s not exposed enough to odd-looking creatures, monsters etc.  We don’t yet show him programs with “bad guys,” demons, fighting etc.  We try to stick to YouTube videos or TV shows that have positive messaging (Daniel Tiger, Paw Patrol, Dora, Baby Bum Videos, Blippi).  So I think it was a bit too much for him.

But, we’ve heard that kids of all ages (our six-year-old neighbour and 13-year-old step-son) are eager to see this movie.  The first two installments of the franchise did exceptionally well.  And this one can either be seen as a stand-alone film (if you haven’t seen the other ones yet) or as a continuation. 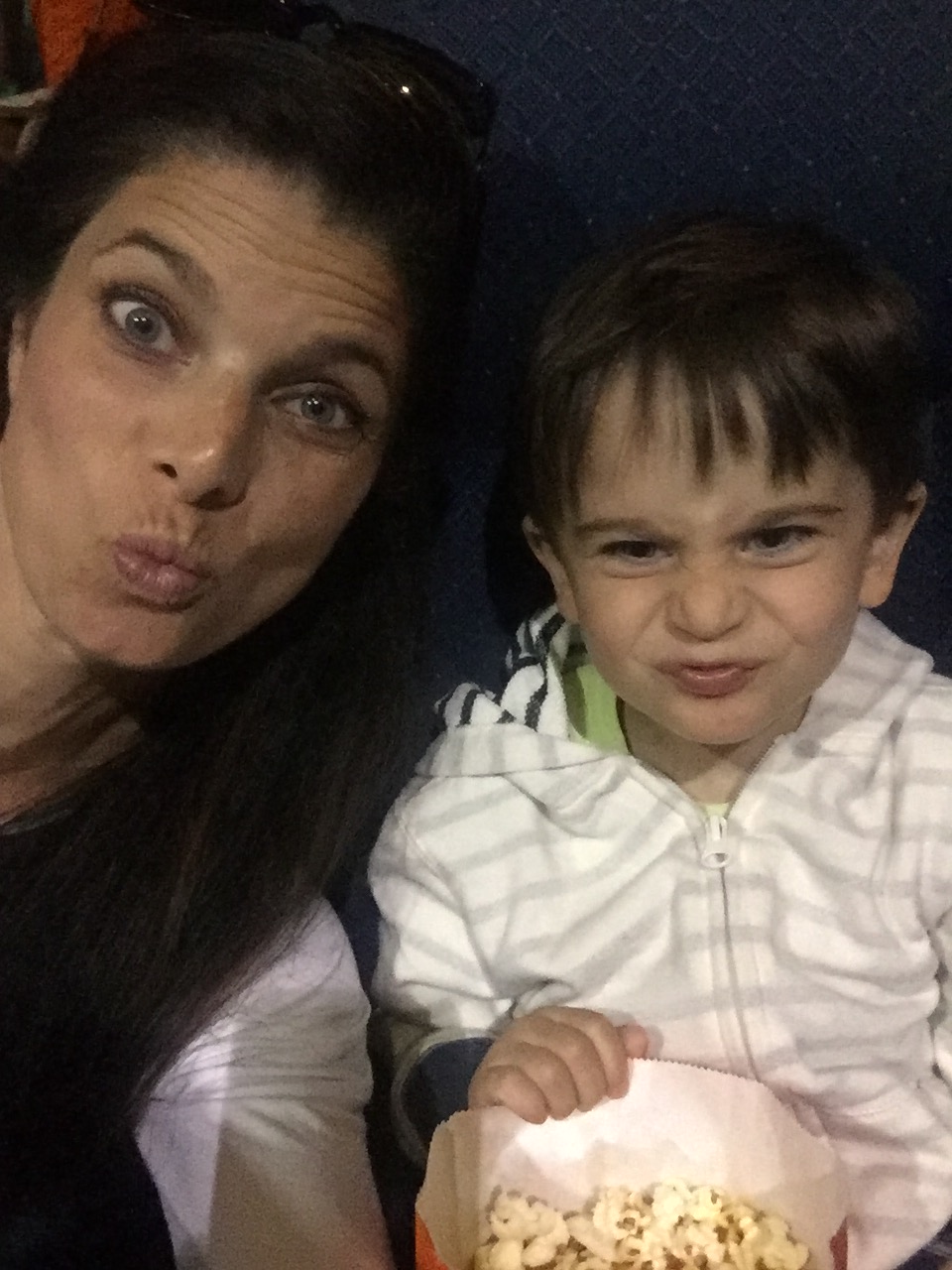 Movies are always a great rainy day activity (or a too-hot day) activity for families.  We love giving everyone a bubble bath, throwing on our coziest clothes/PJs and then snuggling altogether to watch a movie.  Our youngest two-year-old only lasts about 10 minutes and then hops off the couch to play, and Jack lasts about a half hour, but the sentiment behind the experience is still there.  One day we know we’ll get to the point where we can watch back-to-back movies and then we’ll likely be begging them to go play.