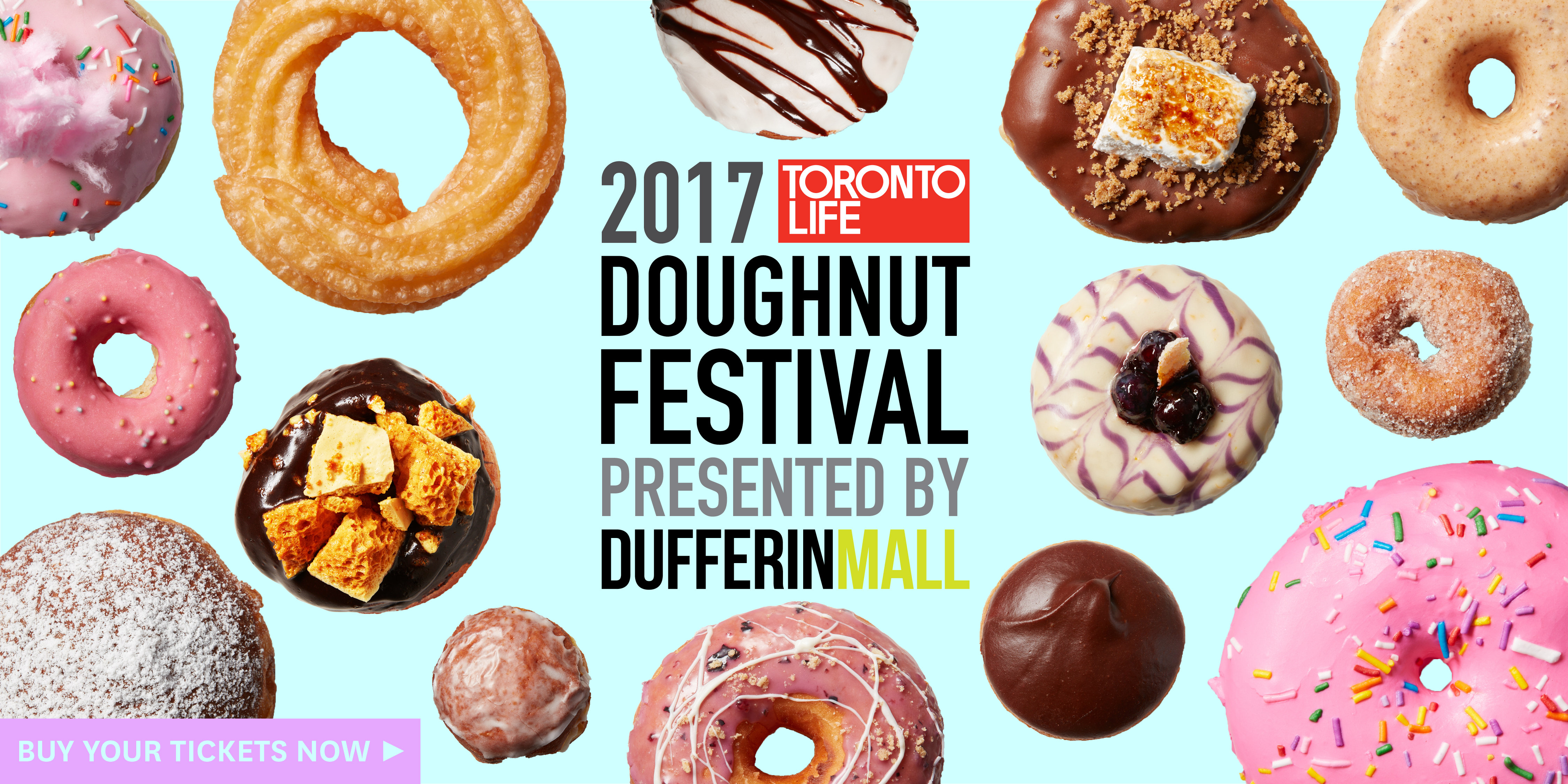 Release: On Sunday, June 25, 2017 from 12 to 4 p.m., Toronto Life’s 2017 Doughnut Festival presented by Dufferin Mall brings more than a dozen of the city’s favourite doughnut and food vendors together for a fun-filled day of taste testing and entertainment in the atrium of the city’s West End hub.

Tickets are on sale and can be purchased at: torontolife.com/doughnutfestival (while quantities last).

Toronto Life’s 2017 Doughnut Festival presented by Dufferin Mall tickets are $15 and include quarter-sized samples from each of the fifteen vendors, as well as a six-pack of doughnuts to-go. Family passes are $30 for two adults and two children; including individual samples for all four parties as well as one six-pack of doughnuts to-go. Children ages 2 to 12 get in for $5 each.

Home to local and national retailers for over 50 years, Dufferin Mall is known for its rich legacy of community collaboration in Toronto’s West End. Many of the mall’s fashion and food retailers are joining in on the doughnut festival fun including Starbucks, Tim Hortons, Auntie Anne’s and David’s TEAwhich will be providing samples of their Oh Canada Tea Blend, which tastes exactly like maple syrup!
FREE VIP parking is available. For more information or to purchase tickets, please visit:torontolife.com/doughnutfestival
Tags:Doughtnut Festival, Dufferin Mall, family fun, Foodies, Toronto Life
Share