If you haven’t heard of Taylor Swift’s emotional performance and tribute to a little boy named Ronan (who passed away from Cancer last year) then it’s something you should look up.  Whether you’re a fan of the country singer, or not, is totally irrelevant (yes, I’m a fan).

At her concert in Arizona, Swift mentions a blog called Rockstar Ronan, which is dedicated to a child who was diagnosed with stage 4 cancer at age four and passed away eight months later.  His mom is in Swift’s audience.

(For audio of her concert performance of ‘Ronan’ click here)

As soon as the lyrics start I turn it off. If you’re a parent, you’ll get why.  Swift talks about the memory of the baby’s footsteps, his cars and dinosaurs on the floor, and so on.  My mind automatically flashed to my own son who’s likely at home right now driving his toy cars all over the carpet. 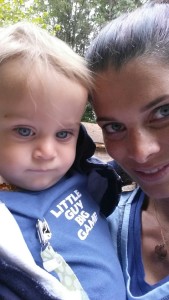 I can’t imagine anything more devastating than losing a child.  It’s just not right.  I don’t know how these families pull through. It takes serious courage, bravery, love and support.

As Swift mentions at the concert, her mom battled cancer not to long ago so the cause and song hits close to her heart.

If you start talking about cancer, you’ll be hard pressed not to find someone in the room who’s been directly affected by it in some way.  It’s a scary, evil growing epidemic.

As my father-in-law put it, where we once knew maybe one person per family who suffered some form of cancer, we now hear of three or four people getting sick (within the same family).  It’s truly frightening.

My husband and I are currently focusing on our faith and hope as someone near and dear to us lives everyday struggling to stay alive (fighting pancreatic cancer).

It’s all just so heartbreaking.

Tonight, when I get home, there’s going to be some serious snuggle time with my babe.  I hope I never cease to hear the pitter patter of his little feet tearing around our home.  And, if I do, I hope I’m as strong as Mary Thompson who’s clearly a standup, incredible woman and mom. 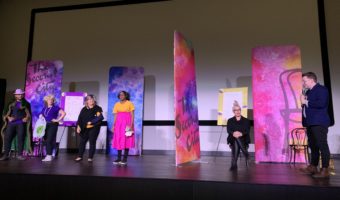