We’re currently living on a suburban street (a court actually) which means we’re finally able to let our boys play like children.  When we were residing in downtown Toronto, we couldn’t even let them out the front door without someone holding their hands.  We lived on a busy street and between dogs, foot traffic and cars, there were so many frightening obstacles.

But, oddly, we’ve now encountered a peculiar setback to our full on “Play-bourhood” dreams: an elderly couple lives right at the top of the roundabout court and they detest kids at play. 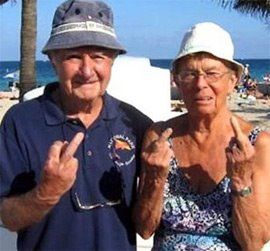 We moved onto our new street in August of last year and we were immediately welcomed by so many wonderful people.  Within a week, we’d been warned of the grumpy couple that lived in the house at the centre of the top of the street…meaning they can watch over everyone from their front windows.  Apparently, they’ve disliked kids at play for decades.  They’ve scolded many generations of children that grew up on our street.  They’ve yelled at a son playing baseball with his dad out on the street (which is seriously a 12 house court type street so it’s quite intimate).  They’ve sped down the streets while toddlers were outside playing to make a point:

This is a street.  Not a playground!

It saddens me to think that an elderly couple actually have this view of their own community.  Kids at play seem to anger them.  We get stare downs from them while the kids squeal in delight.  They’ve yelled at them to get off their property — the list goes on.  I totally understand that perhaps they’re retired and they just want some peace and quiet, but they’ve been doing this for years; they’ve yelled at adult residence who grew up on this street as kids and still live here (in fact, these two meanies are now yelling at their kids so it’s come full circle).

But, we’re not letting that deter us from giving our children the childhood of their dreams.  Our amazing neighbours put a sandbox curbside so all of the toddlers on the street can play out front and easily be seen from any house.  We open our backyard pool gates (Note: only when adults are present in the yard and pool) to welcome the other kids on the street.  We’re creating a welcome attitude and trying to foster that old-school mentality of knocking on your neighbours doors so everyone can play together.

Have you ever encountered something like this?  It honestly feels like it’s a scene from a movie or a family-friendly comedy movie — where everyone is having fun except for these two outcasts.

I’m just waiting for that typical Hollywood punchline to happen — that transformation where the senile seniors stop threatening us, speeding by and staring at us with rage.

We will keep you posted on our “Play”-bourhood 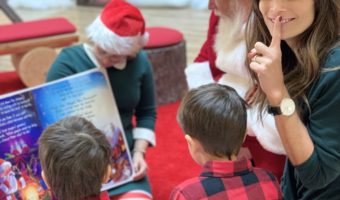 Tips for Making the Most of Family Santa Photos 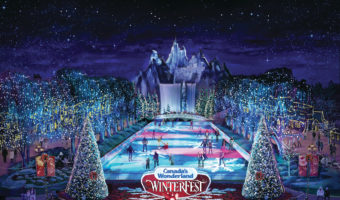