Lets face it, we love a good bargain and apparently so do most Canadians.

We just received a press release from Amazon Canada and the stats are quite impressive.

Amazon announced that Cyber Monday was once again the single biggest shopping day in the company’s history, selling more products worldwide than any other day.

For Cyber Monday, Canadians took advantage of deals on AncestryDNA: Genetic Testing Ethnicity and the very popular Nintendo Switch Console making them top-selling items. In addition, many of the top-selling Black Friday products such as the all-new Echo Dot, Fire TV Stick 4K with all-new Alexa Voice Remote and the Instant Pot Duo Plus 9-in-1 Multi-Use Programmable Pressure Cooker – 6 Quart continued to be top-sellers.

Here’s how Canadian shoppers did globally:

Did you take part in the shopping deals this past weekend?  I know we bought a lot of gift items for neighbours and toys for our kids on Amazon.ca. 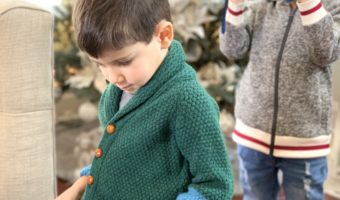